As I write this I am sitting in a Vietnamese restaurant on Moody street ready to order my favorite dish, canh chua noodle soup. This time I was to choose salmon instead of my usual shrimp (wish I hadn’t). It is just after 12 noon on a Saturday and the restaurant is becoming increasingly busier.

Since I always order the same thing I was ready to order food at anytime. I just needed the server to come over and take my order. It seems that others in he restaurant were in the same situation. I noticed that some of the other patrons started raising their hands to get the attention of the server. I do not mean a little wave to get their attention, I mean they are holding their hand up as if they were in grade school. So many people were beginning to raise their hands that I started wondering if I was part of a science experiment or on a gag TV show. I have seen examples of this type of “herd behavior” on the Discovery channel.

I noticed the waitress nod at the tables with their hands raised, then they would put their hands down. The server would go over to the table and take care of them.  I really considered raising my hand to get the attention of the server but decided against it. I realize at some point I was not part of an experiment or on a TV show and wondered if this was just part of the Vietnamese culture. I am 39 years old and I’ve never really seen people do that in a restaurant.

Shortly there after the server came over and took my order. My food came out, I ate it, I asked for my bill, paid it and left. All without raising my hand to a single server.

The restaurant I ate at this afternoon was an alternative to my My favorite Vietnamese restaurant called Pho & Spice. My favorite is just a little whole in the wall with only a few seats. I usually do takeout. 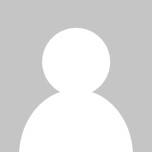 
View all posts by admin